Other Physical Characteristics of Kookaburras 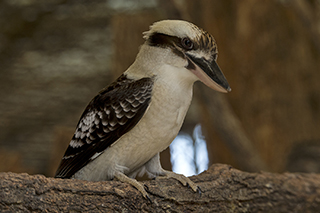 The Laughing Kookaburra has a distinctive dark eye band.