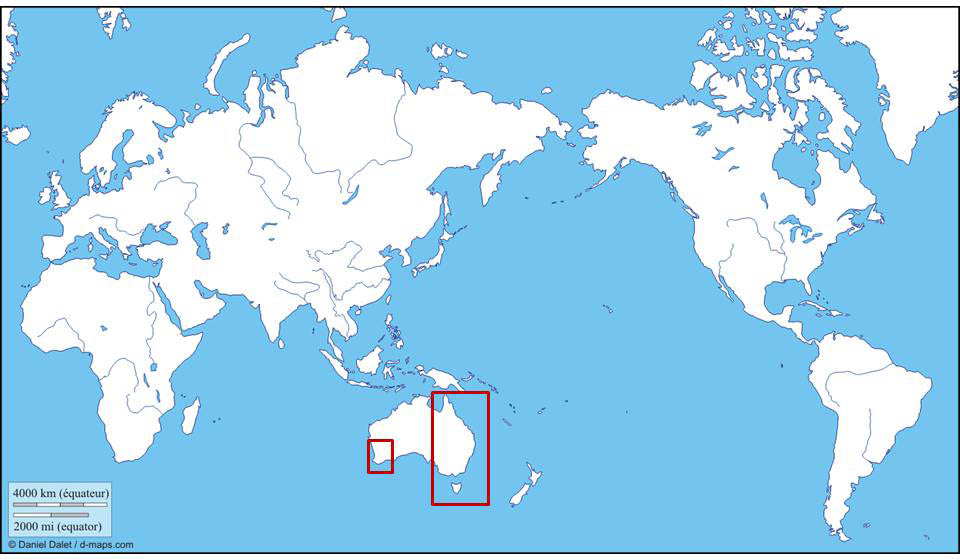 These kookaburras have been introduced to western Australia and a small part of New Zealand.