Forms of play (from Muckenhirn and Eisenberg 1971)

Function of scent (from Bothma and Coertze 2004) 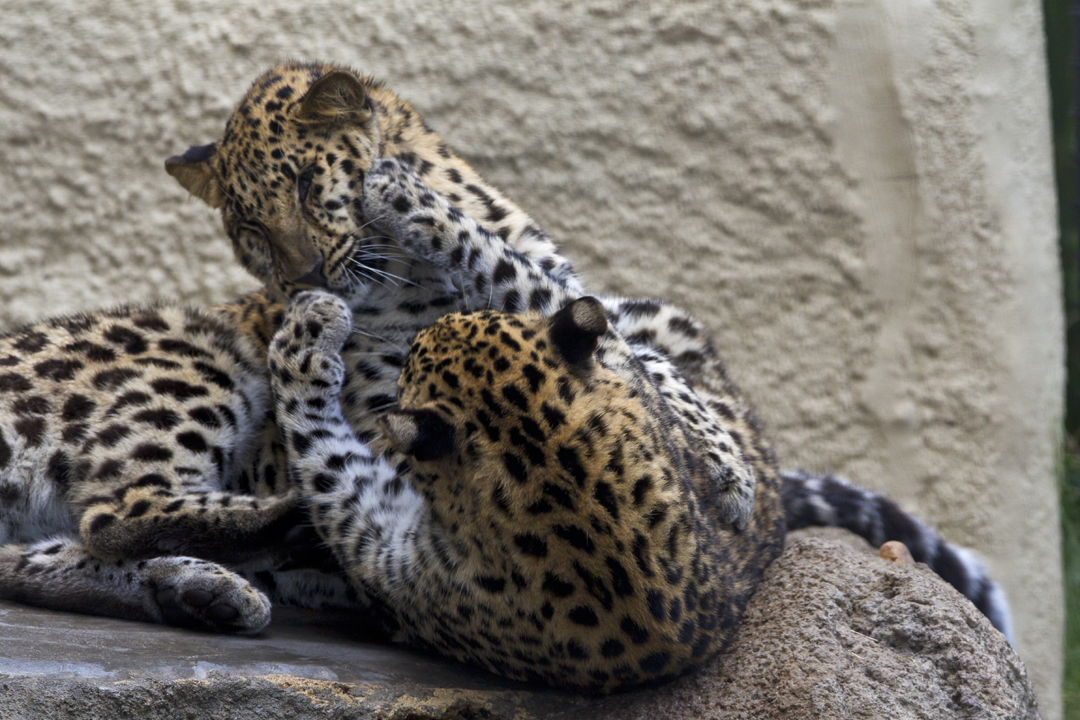 Cubs often play with one another or with their mother by practicing skills they will later need to be proficient hunters.

Leopards have a limited vocal repertoire. One form of short range communication is the chuff where air is pushed through the nose and lips. Click on image above for video.

Audio and video from © ARKive. Some rights reserved

African leopard hunting. Leopards may stalk their prey for long distances before initiating short chases; often talking down large animals with a bite to the neck. The carcass is often carried to another location and cached. Click on image above for video.

Audio and video from © ARKive. Some rights reserved