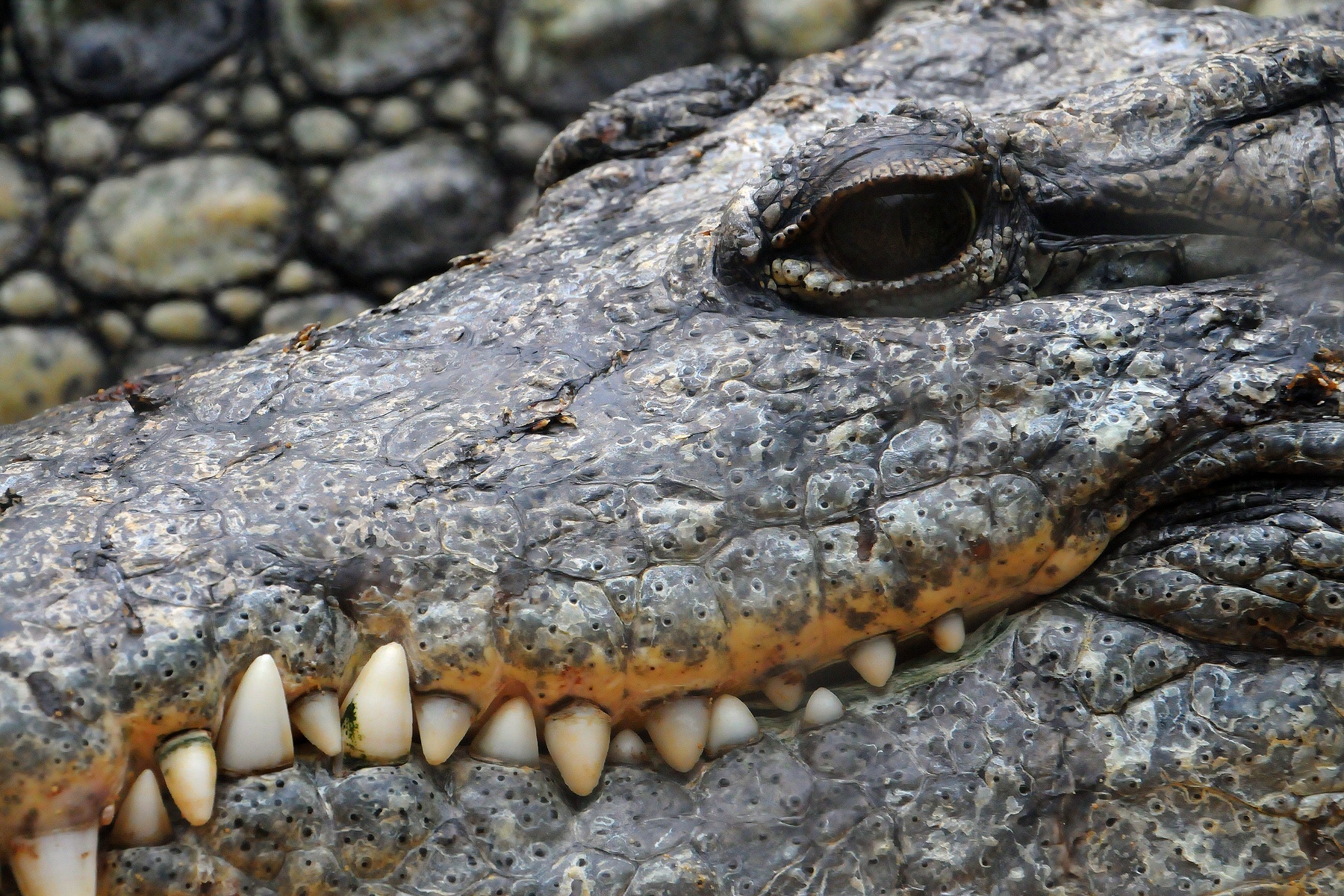 The Nile Crocodile has a broad visual field. It can view a 270o range.