Vocalization (from Mansard 1991 unless otherwise noted)

Evidence of resource partitioning with bobcats (from Horne et al. 2009) 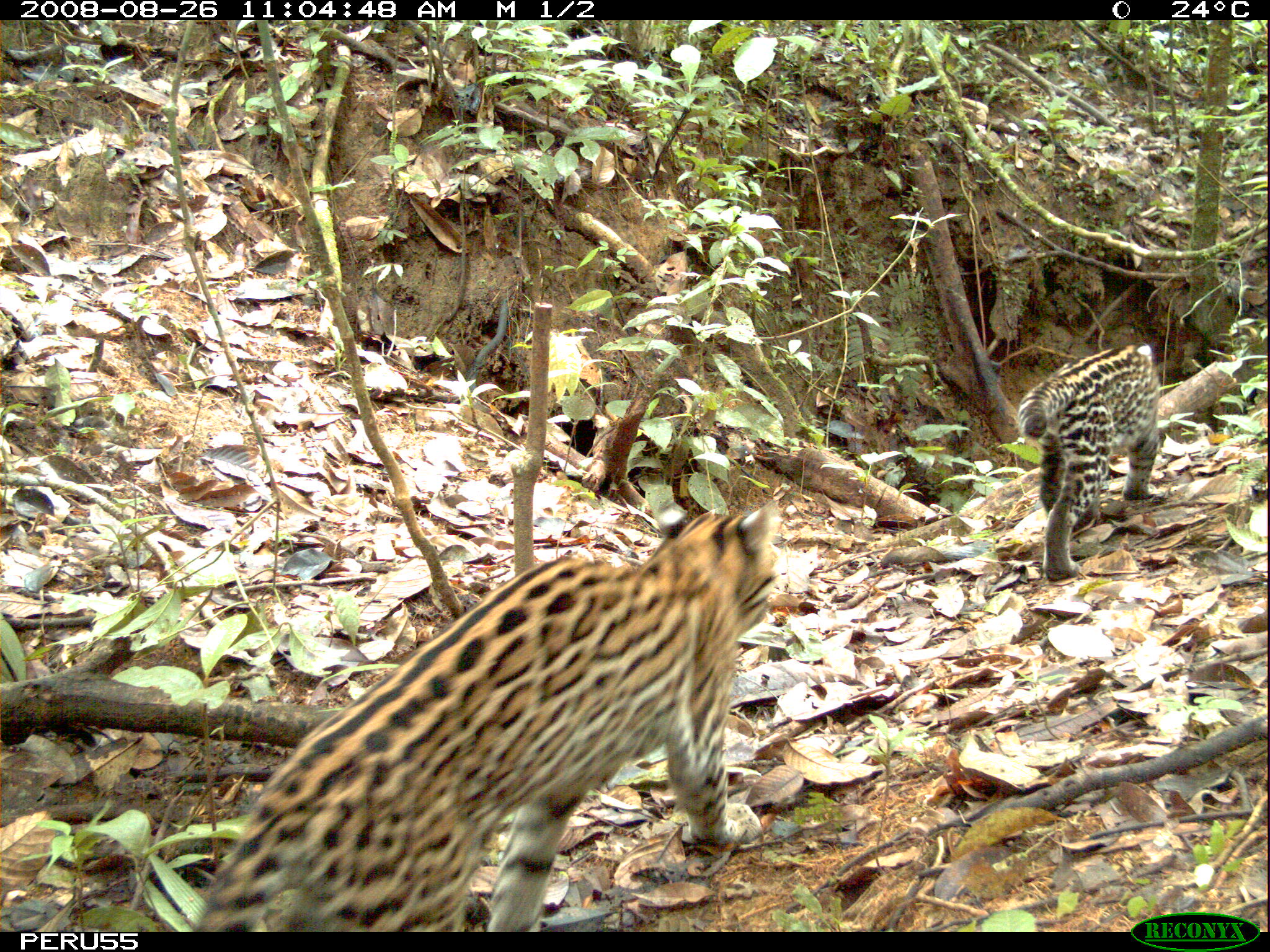 Ocelots are primarily solitary, nocturnal predators, with activity peaks at dawn and dusk. The photograph above, taken in the Peruvian Amazon, depicts an uncommon event, a pair active in daylight. 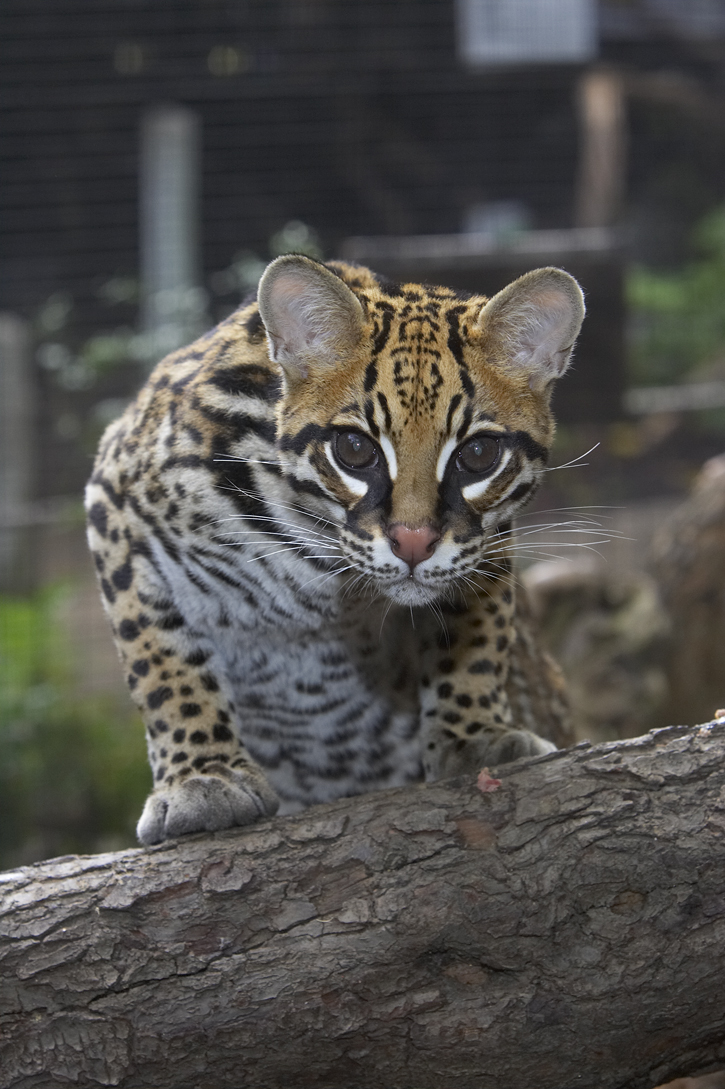 Often in trees, the Ocelot are powerful climbers.