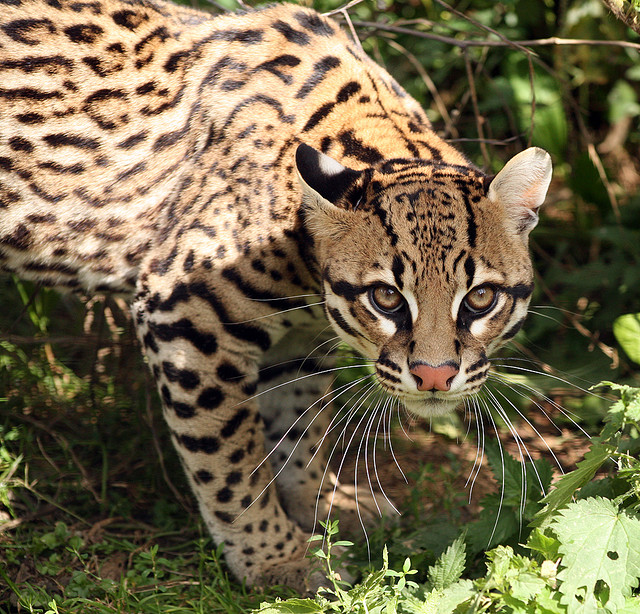 Ocelots are the second largest, spotted cat in South America, second only to the jaguar. Their grayish to cinnamon coats are marked with numerous dark spots and bars. Spots are open, the center of each revealing the lighter background color.