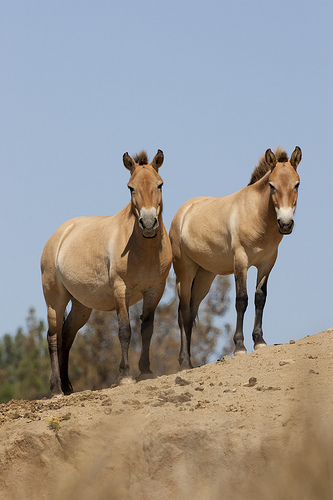 Managed care breeding and reintroduction efforts have helped the recovery of this species.