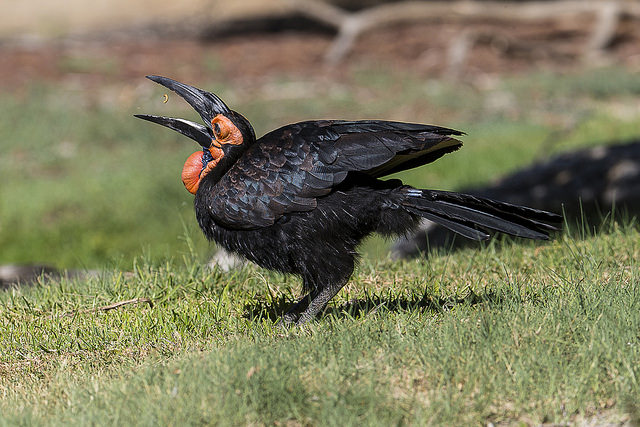 Generalists, these birds eat any animal that can be overcome. Reptiles, amphibians, snails, and insects are commonly taken; carrion is rarely consumed. After capturing their meal, birds often toss the item into the air before catching it and swallowing.