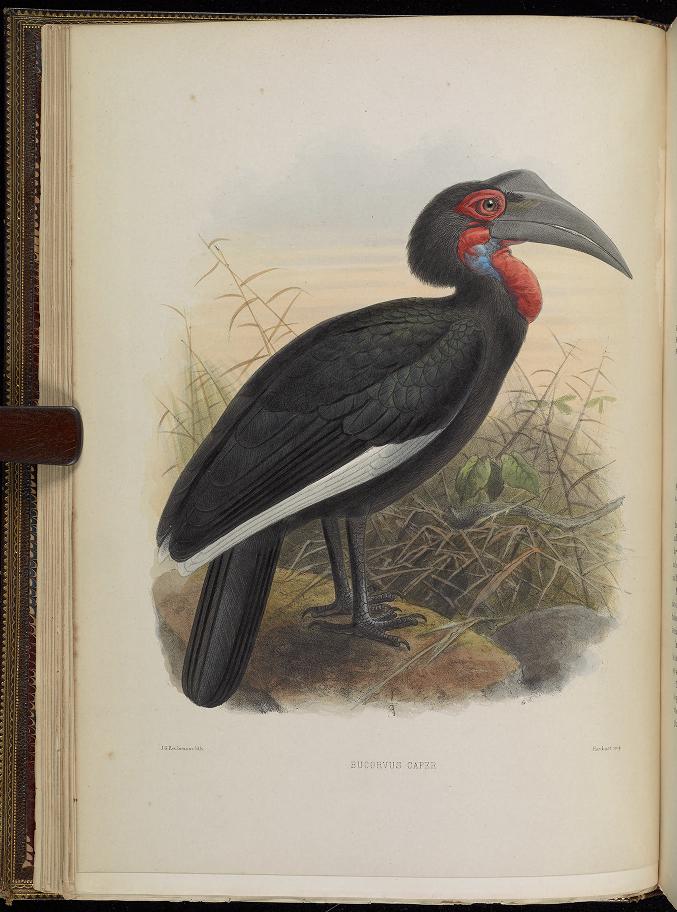 Lithogram by J.G. Keulemans appearing in D.G. Elliot's Monograph of the Bucerotidæ, or family of the hornbills (1882).

Image credit: © Available from the Biodiversity Heritage Library via Flickr. Some rights reserved.