May eat fish as large as themselves (observed in Lake Victoria). (Reed-Smith 2009)

Water snails eaten in Lake Victoria while the otter swims on its back. (Procter 1963)

May accumulate significant organochlorines and other contaminants. (Mason & Rowe-Rowe 1992)

Smaller fish eaten while still in the water:

Adept at catching fish between sticks and rocks, not in open water. (Kruuk 2006)

Reaches for food with mouth, neck and body

Often forage in groups but each otter hunts for itself. (Kruuk 2006) 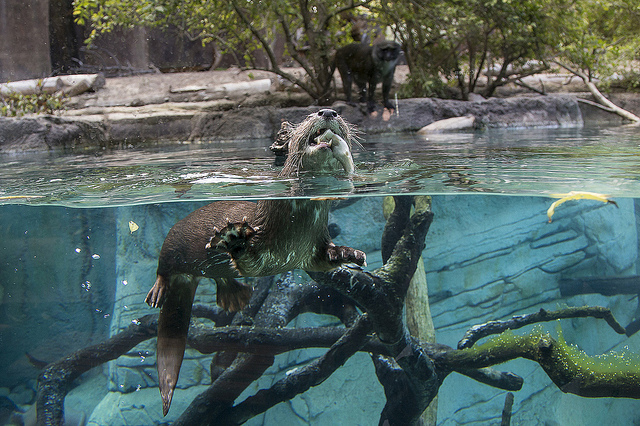