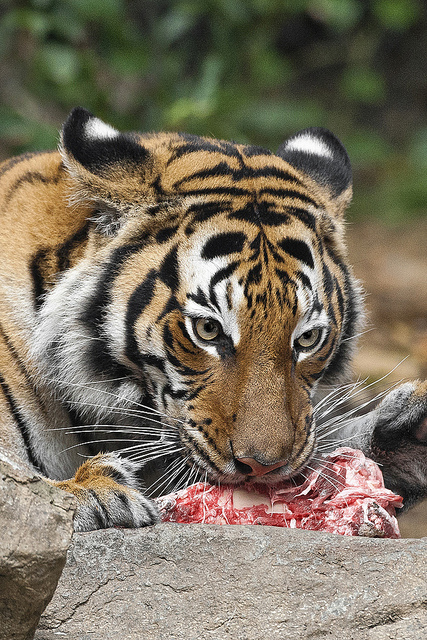 A Malayan tiger feeding at the Zoo.