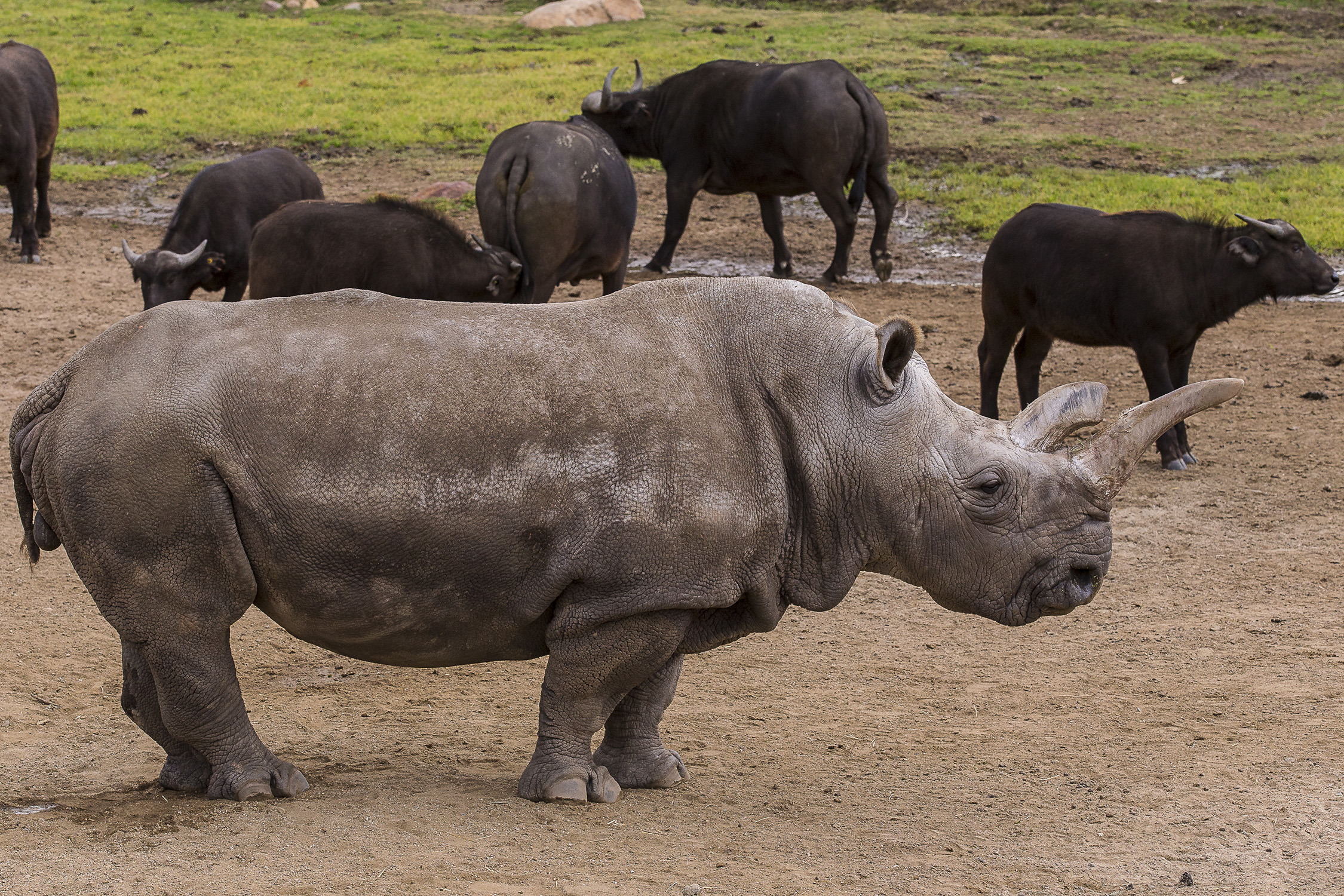 Only 2 northern white rhinoceros remain in the world.

Nola, pictured above, was the last member of her subspecies in the United States; two other females survive in Africa. San Diego Zoo Wildlife Alliance is developing techniques to use artificial insemination, in vitro fertilization, and surrogate southern white rhinos.

The outlook for southern white rhinos is more hopeful and their population recovery is a remarkable conservation achievement. Once numbering fewer than 100 individuals, a more healthy population of over 20,000 now survive in South Africa, Namibia, Zimbabwe, Kenya, Botswana and Swaziland.