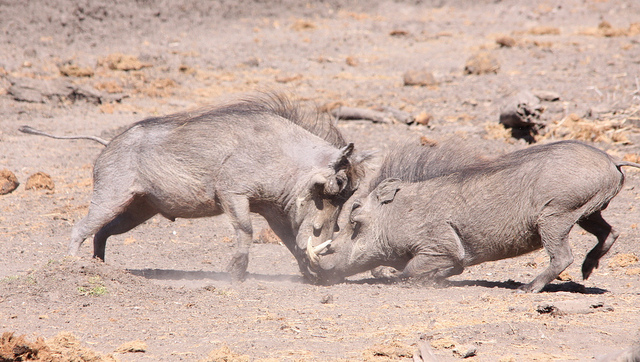 Males spar during the yearly rut, pushing and striking one another on the head. The object is to destabilize one's opponent; tusks are not used as weapons in such battles. 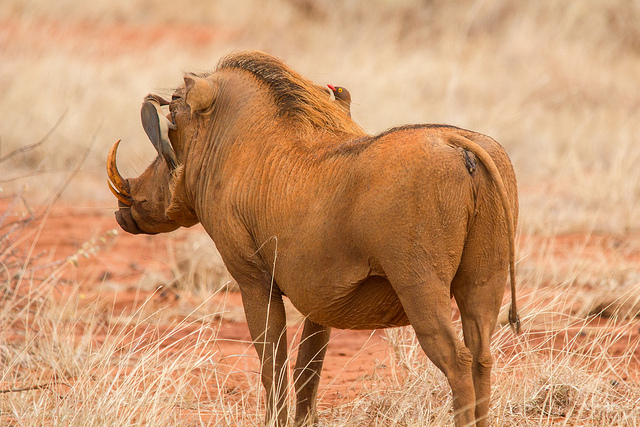 Oxpeckers (pictured above) and banded mongoose feed on ticks attached to warthogs. Interactions such as these are complex. Warthogs may benefit by receiving help in reducing parasites, but may also be harmed by the birds which can inflict new wounds and prolong healing time of older sores.