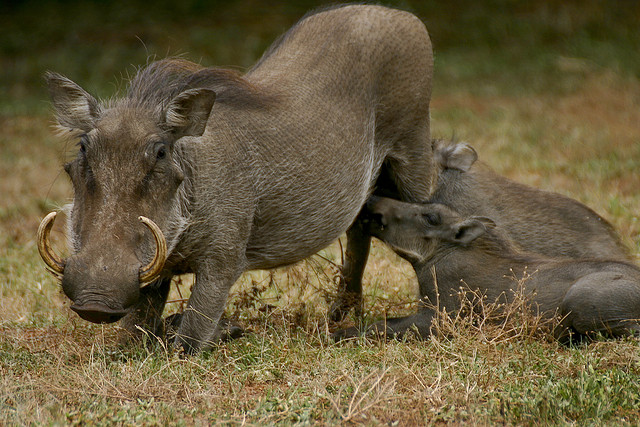 Piglets suckle from their mothers for 10 weeks. Weaning is gradual and not complete until nearly 21 weeks of age.