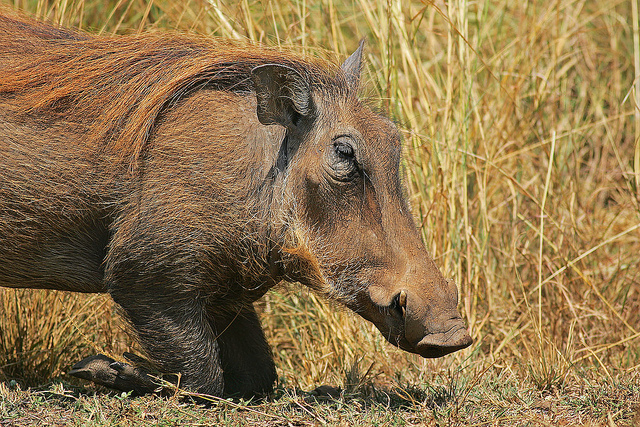 Though omnivorous, warthogs primarily feed on grass stems, roots, and seeds. They often drop down on their front "knees" to eat and may walk around in this way while feeding in an area. Click here to watch a short video of warthogs feeding.