In desert habitats, stallions tolerate other males in their territory, but prevent access to the mares. (Klingel 1990)

Wild asses are territorial in their mating habits; the stallion attempts to keep other stallions away from mares within its territory. (Klingel 1990)

Males attempt to control access to a critical resource - water - in order to have access to females. (Groves 2002) 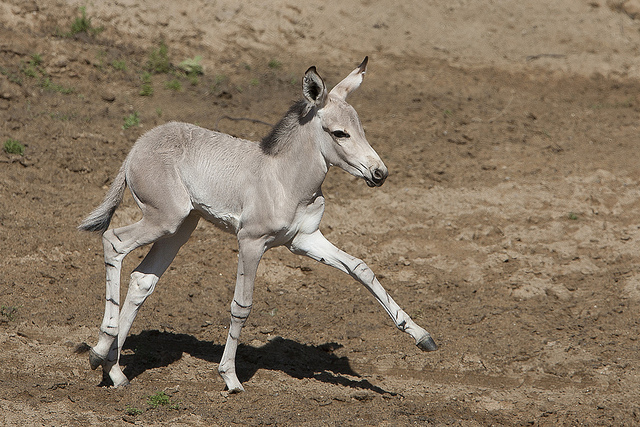 Foals engage in many play behaviors; like frolicking, running, and chasing.