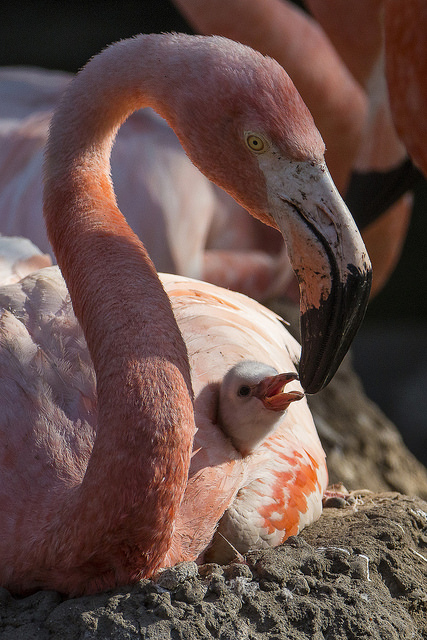 A 2-day-old American Flamingo chick curls up next to its mother for warmth at the San Diego Zoo.

After hatching, the chicks stay close to a parent, sitting with the mother or father for the first 5 to 7 days on a nest mound created for the chick.