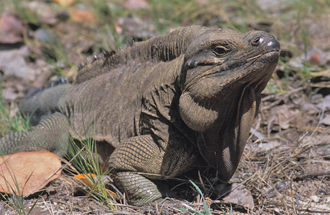 A male Anegada Iguana in the wild.