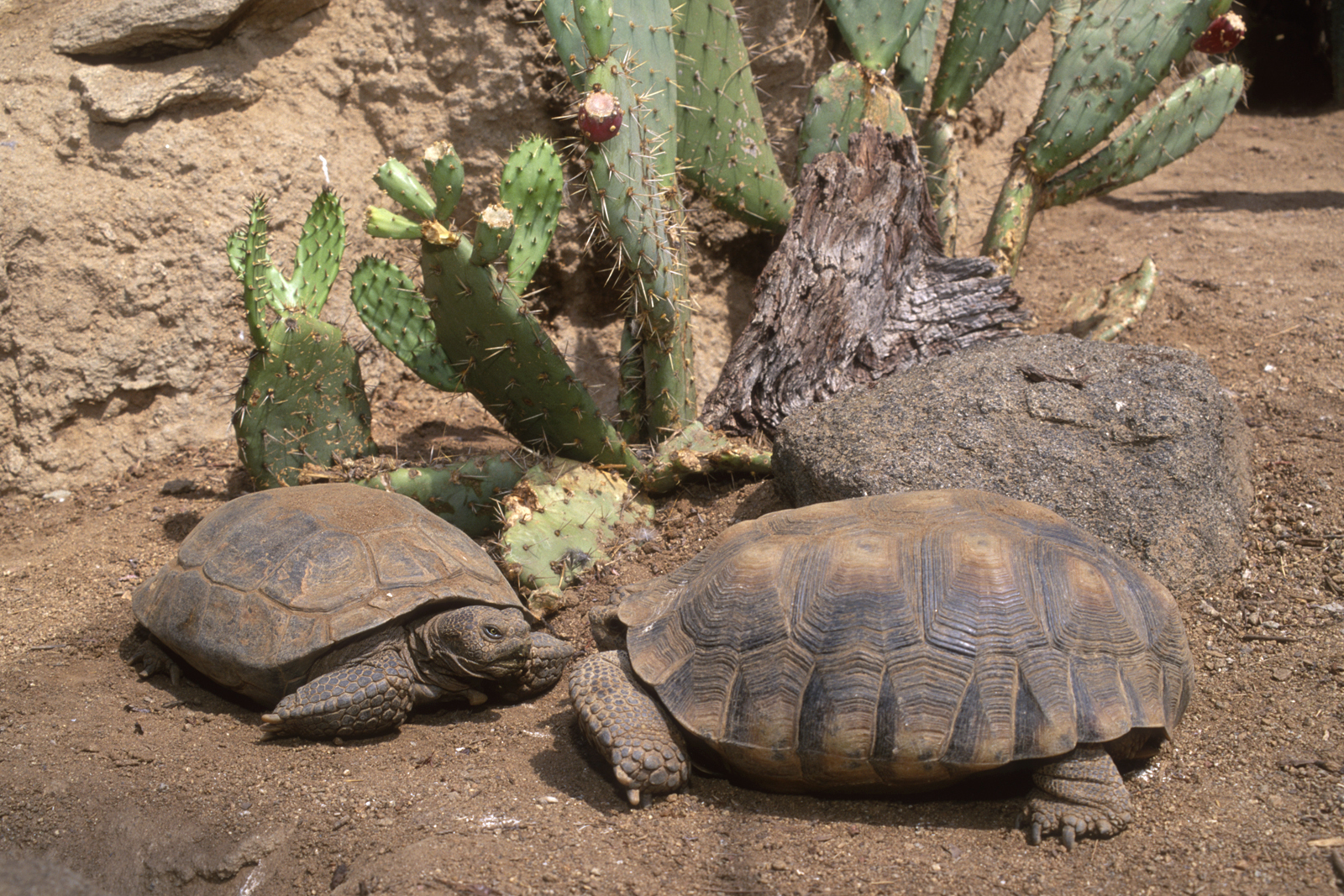 Larger tortoises are usually dominant over smaller ones.

Aggression is observed between male tortoises during the breeding season. Opponents attempt to overturn each other, may bite, or ram opponents.