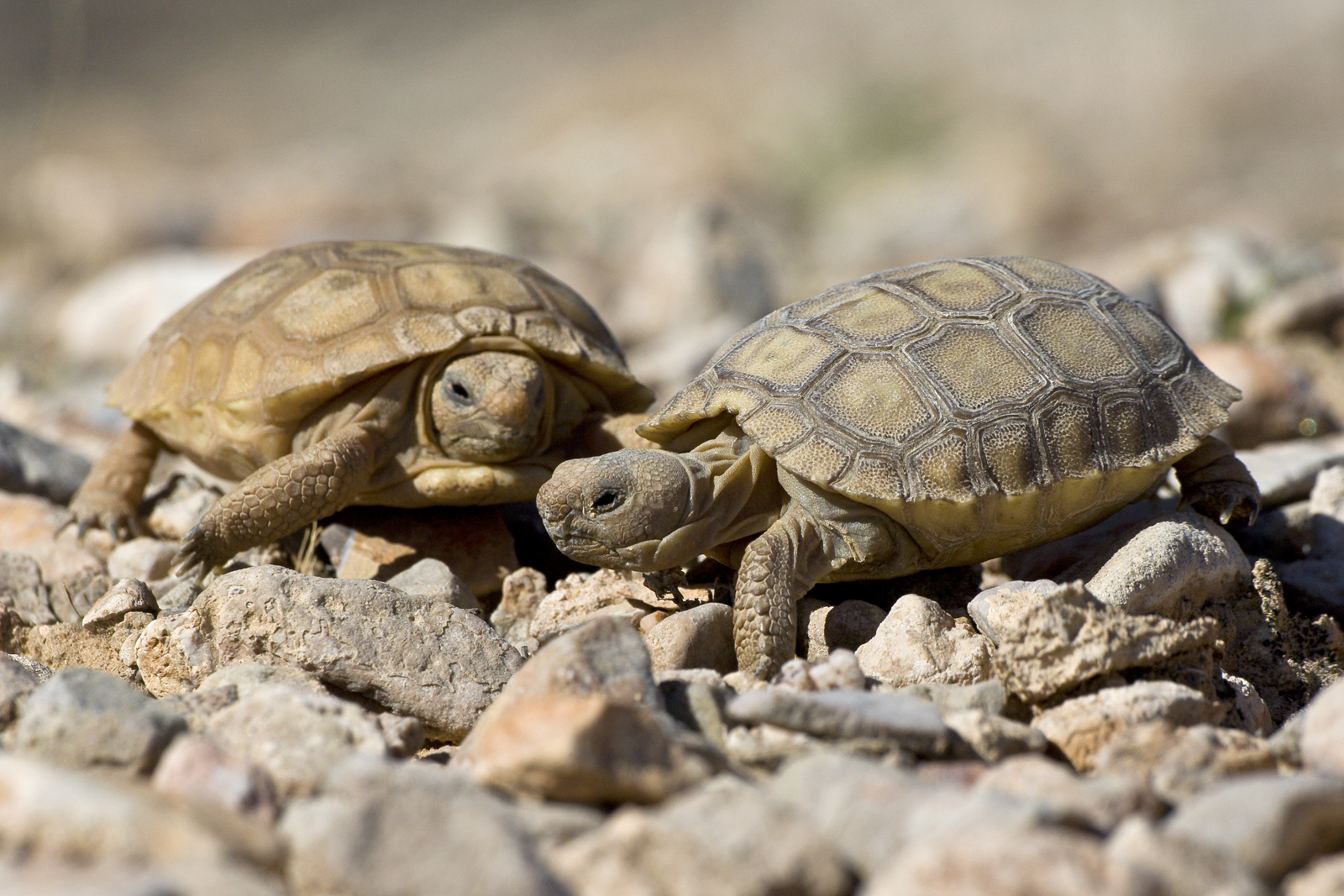 Young desert tortoises grow slowly. It take 5-8 years for their shell to harden.

Until then, they are vulnerable to predation by birds, snakes, bobcats, kit foxes, and coyotes.