Subtle differences in some populations

Similar appearance to other blue-tongued skinks 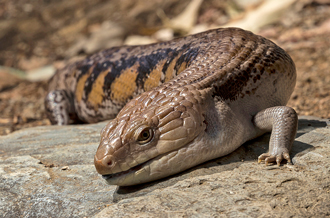 The individual pictured above has cream-orange bands and—as is typical of this subspecies (T. s. intermedia)—lacks a dark streak behind its eye. 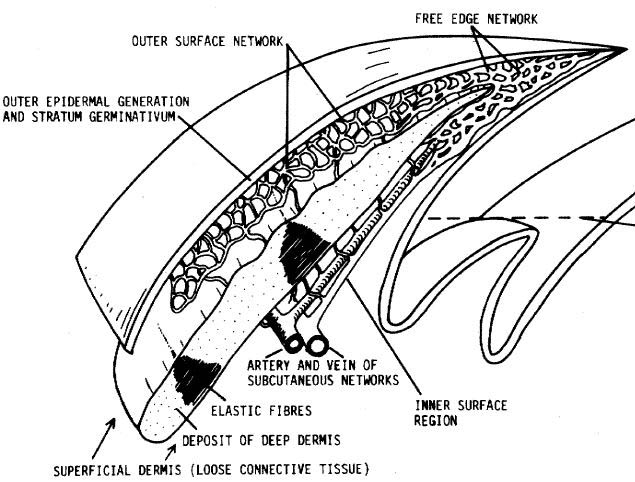 Similar to other lizards, blue-tongued skinks have a network of blood vessels just under the surface of their scales that helps them regulate their body temperature.

Image source: Drane CR, Webb GJW. Functional morphology of the dermal vascular system of the Australian lizard Tiliqua scincoides. Herpetologica 1980 Mar;36(1):60–66. Figure 2, Diagram of the cutaneous vascular system of T. scincoides. (Based on Maderson PFA. 1964. The skin of lizards and snakes. Brit. J. Herpetol. 3: 151-154.). Note: This is a cropped image.