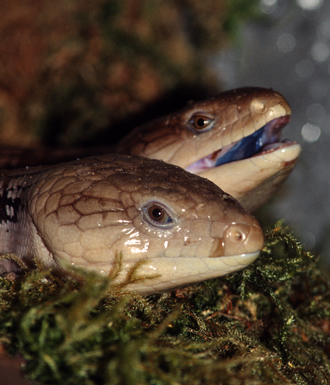 Populations are harmed by habitat loss, feral animals, and humans who don't want these lizards on their property. In northern Australia, many skinks also die when they try to eat poisonous, non-native cane toads.