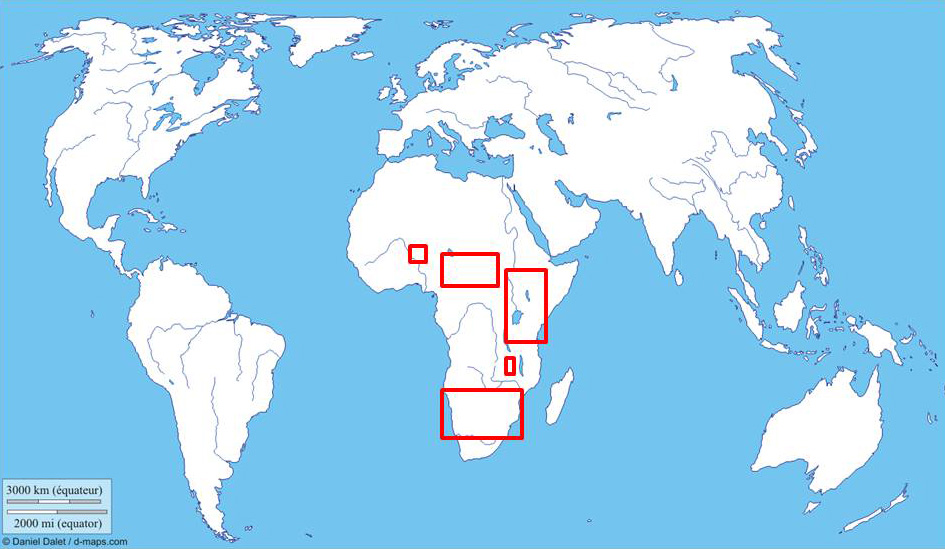 Giraffes have a patchy distribution across sub-Saharan Africa.

Adapted from www.d-maps.com according to IUCN fact sheet.