Note: Two new studies indicate there are 4 species and 5 or more subspecies of giraffes (Fennessy et al. 2016; Coimbra et al. 2021). Changes are being evaluated by taxonomic scientists. Muller et al. (2016), who report the most recent IUCN assessment, recognize 1 species and 9 subspecies of giraffe. The below taxonomy reflects Fennessy et al. (2016), with special notes on findings by Coimbra et al. (2021).

Giraffids once very widespread and diverse

Closest relatives to the Giraffidae

*Note: New anatomical and DNA evidence on the relationship between Artiodactyla (even-toed ungulates) and Cetacea (whales and dolphins) recently led to a merging of the two orders into a new group, Cetartiodactyla (Montgelard, 1997; reviewed in Kulemzina, 2009). As of October 2012, experts had not agreed on whether to define Cetartiodactyla as an official taxonomic order that would replace Artiodactyla and Cetacea. Some continue to list giraffes in the order Artiodactyla (Franklin, 2011) or use the term Cetartiodactyla without defining it as an order (IUCN, 2008). 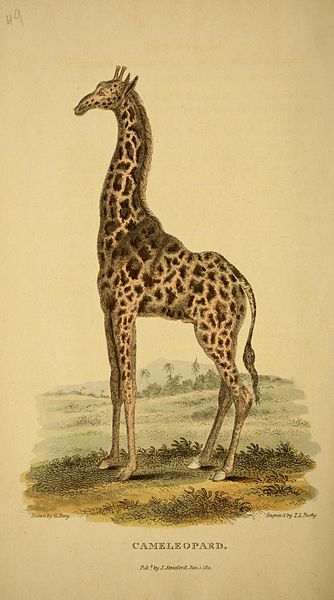 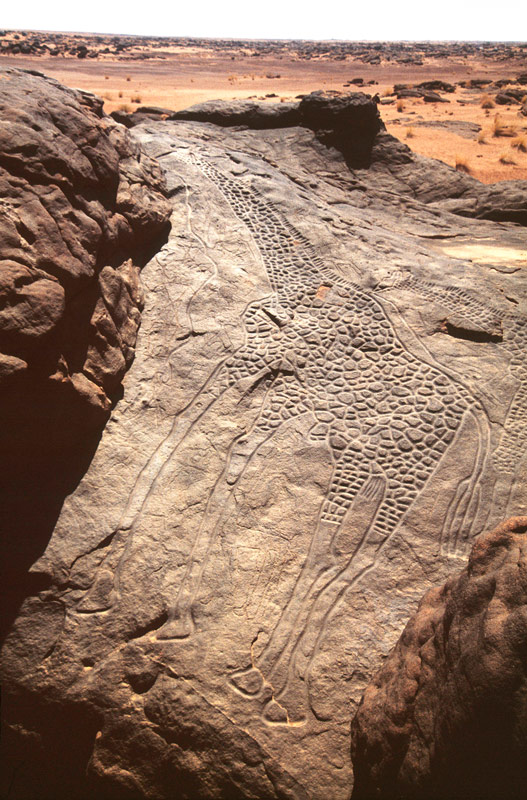 Carving of a 19-foot tall male with smaller female (partially in view), behind.