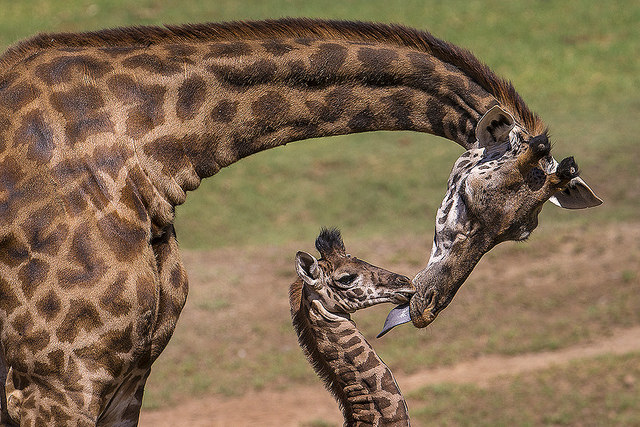 A 16-day old male Masai giraffe at the San Diego Zoo Safari Park. He was 6 feet, 6 inches tall at birth; when full grown, he could stand as tall as 19 feet.