Regions where extinct or possibly extinct 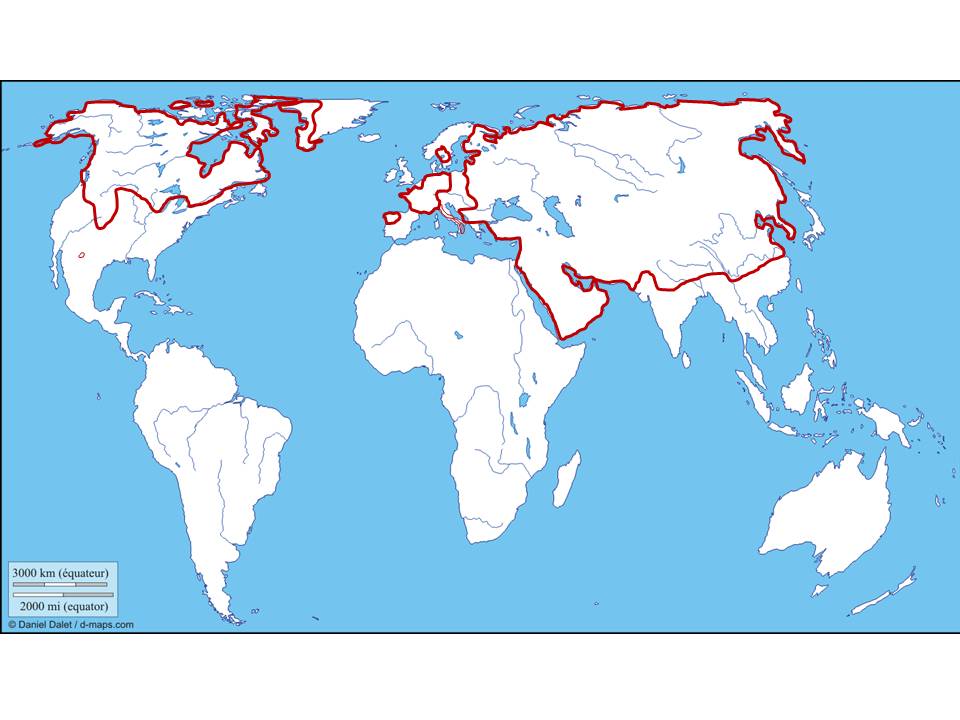