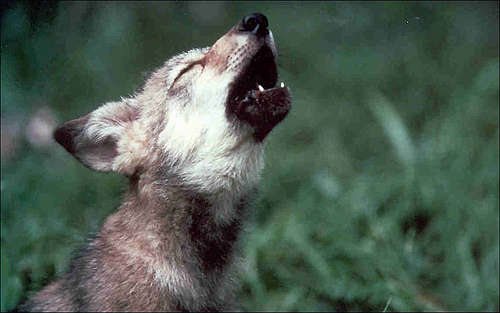 Pups emerge from the den when c. 3 weeks old, though they will leave and re-enter the site until c. 8 weeks of age. Howling starts within 1-2.5 months of age.