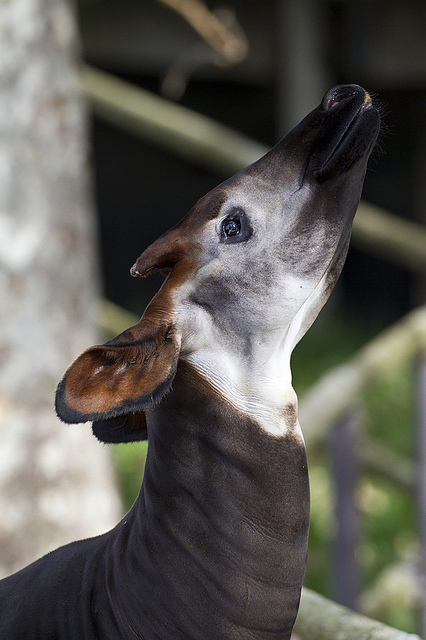 Male okapis stretch their necks as a way of competing for dominance. This behavior is most common during breeding.