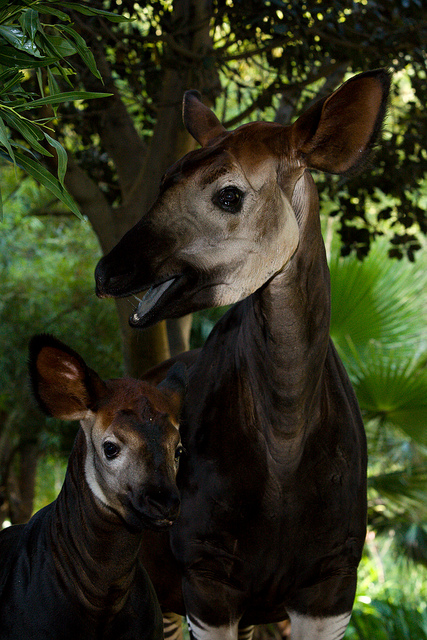 Due to habitat loss and poaching, okapis are half as numerous as they were just a few decades ago.

The okapi is an endangered species–but like their cousins, the giraffes–have received relatively little conservation attention. Their future depends on the protection of their forest habitat.