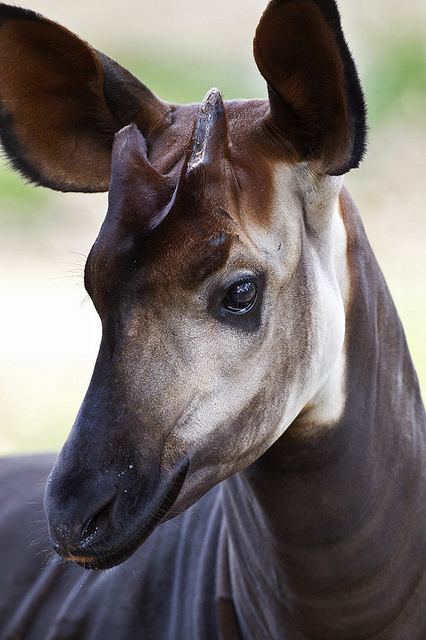 Almost nothing is known about okapi anatomy and physiology.

Note the skin-covered ossicones. These show the okapi is related to giraffes, which also have these permanent horn-like projections.