Non-territorial, though intolerant of other groups (Isbell 2013)

Play (from Hall 1966 unless otherwise noted)

Aggression (from Hall 1966 unless otherwise noted)

Gaits and Forms of Locomotion 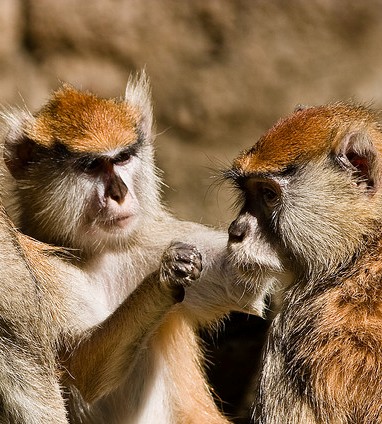 Grooming is an affiliative behavior.

All genders and ages participate, though males only occasionally engage in this activity. Infants are frequently the recipients of grooming and receive the attentions of nearly all group females.

Image credit: © transpixt from Flickr. The image has been cropped to focus attention on the specified behavior. Some rights reserved.