Pelage/Coat (from Isbell 2013 and Mittermeier et al. 2013 unless otherwise noted)

Dimorphic in size and color 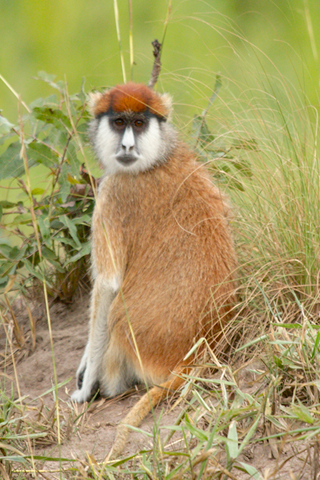 These terrestrial monkeys are well adapted to life on the ground. Their long legs enhance their travel efficiency, good for high speed escape or long-distance foraging. Subspecies are identified by geographical location and by distinctive facial features of males. Eastern patas have a prominent white spot on top of their noses, while southern patas lack the white moustache seen in the eastern and western subspecies.