Plants and their products 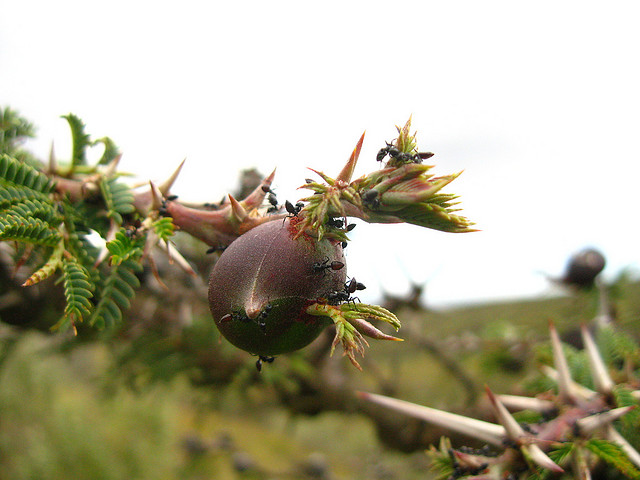 They primarily consume plant matter such as seeds, fruits, and leaves. In some populations, gum makes up a large portion of the diet.

The whistling thorn tree, Acacia drepanolobium, provides the majority of dietary needs for eastern patas populations. Patas browse on the tree's gum, thorns, and seeds, as well as on ants housed inside the swollen thorns.