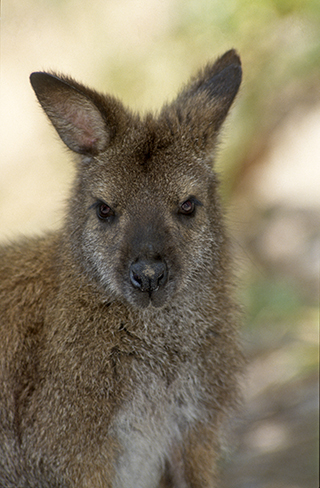 Red-necked wallabies are abundant, and are regarded in some areas as pests.

This species is commercially hunted on some private lands. Some Australians propose more conservation-minded approaches to managing red-necked wallaby populations.