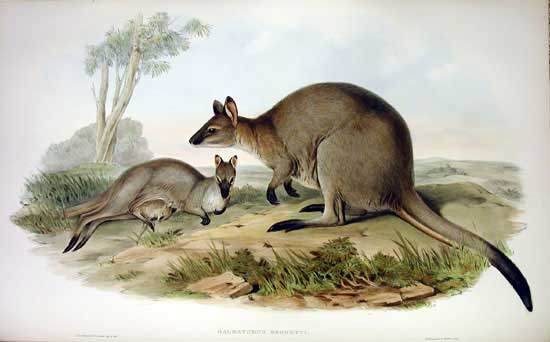 Although Gould is typically associated with birds, a 1938 trip to Australia inspired his three volume Mammals of Australia and an additional monograph on kangaroos.