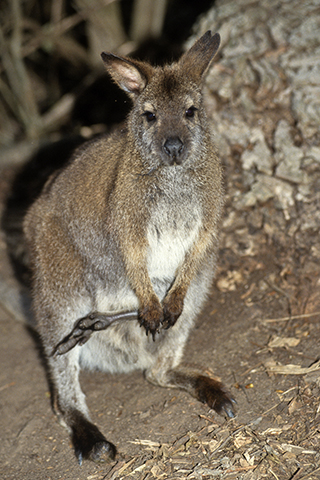 This joey has not yet turned around in its mother's pouch.

Young typically become independent of the pouch around 9 months of age.