Rarely swing by the hands 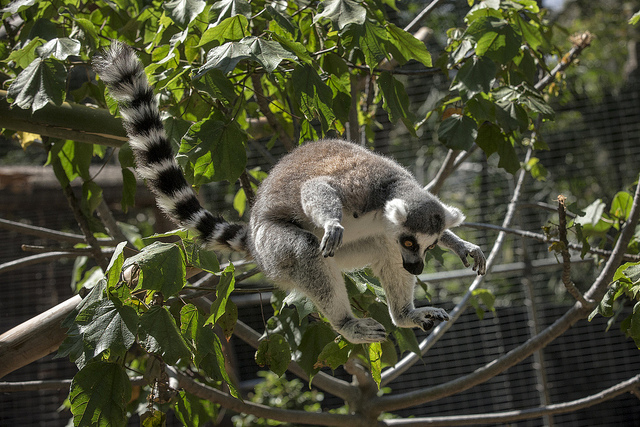 Running and leaping from branch to branch are easy activities for the agile and speedy ring-tailed lemur.