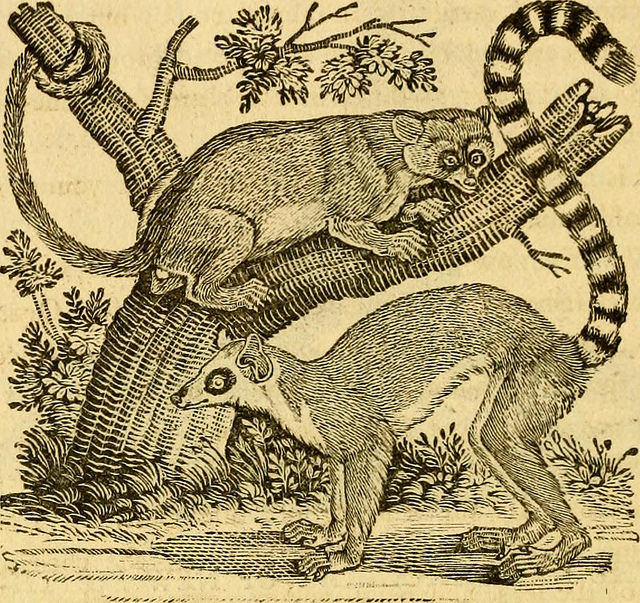 The ring-tailed macauco (Lemur Catta, Lin.) (sic). "The Ring-tailed Macauco is a very beautiful animal, about the size of a cat. Its body and limbs are long and slender; its tail very long, and marked with alternate bars of black and white."

Text and image from A general history of quadrupeds : the figures engraved on wood (1800) by Thomas Bewick and Ralph Beilby (p. 460), at Flickr. No known copyright restrictions.