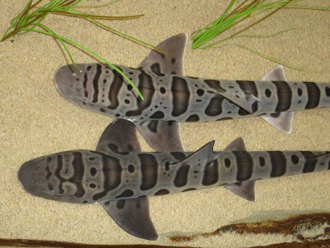 Leopard sharks have dark "saddles" and spots on their back.

Markings differ among individuals and can be used to tell them apart.

Image location: Aquarium of the Bay 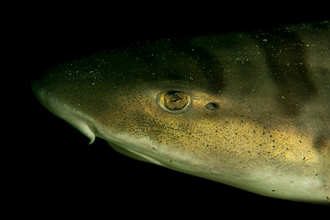 Head of a leopard shark.

Several sensory organs can been seen on a shark's head: eyes adapted for light and dark conditions, nostril flaps that help a shark smell, and tiny pits that make up a shark's electrosense.