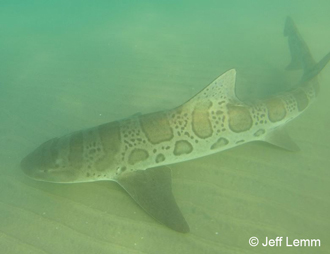 Management practices have been effective in protecting the leopard shark.

This female leopard shark at La Jolla Shores (San Diego, California) is also protected within the boundaries of the Matlahuayl State Marine Reserve, where any take is illegal.