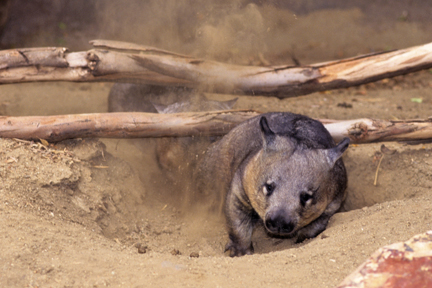 The muscular forelegs of wombats are adept at excavating burrows.