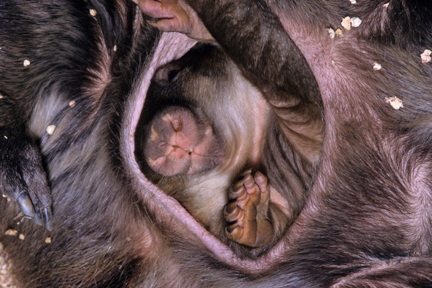 A wombat joey peeks out of its mother's pouch.

Joeys spend up to 9 months in the pouch.