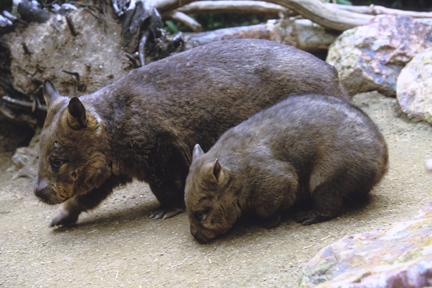 Wombats have round, stocky bodies adapted for living underground. 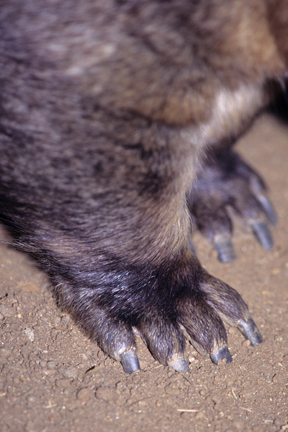 Wombats have strong toenails for digging. These nails are present even early in development.