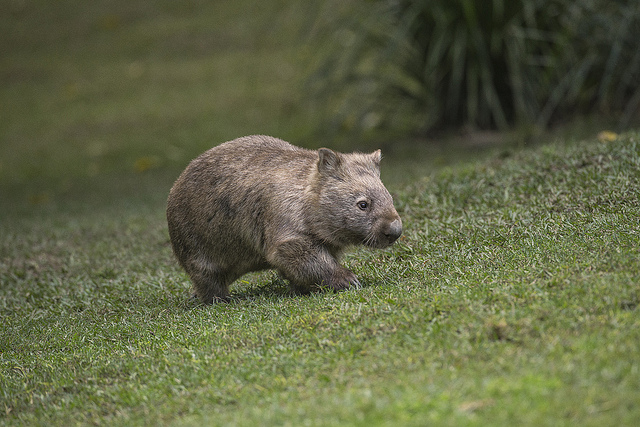 A young wombat at the San Diego Zoo.