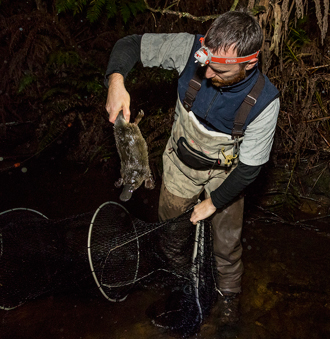 Researchers use fyke nets to collect platypuses at night, when these animals are most active.

Because platypuses are nocturnal, aquatic, cryptic burrowers, much is still to be learned about their behavior and ecology.

Researchers must hold wild platypuses by the tail to avoid being envenomated by the spurs on this animal's hind feet.