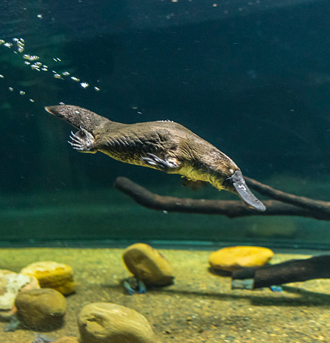 A platypus explores its home at the Taronga Zoo, Sydney, Australia.