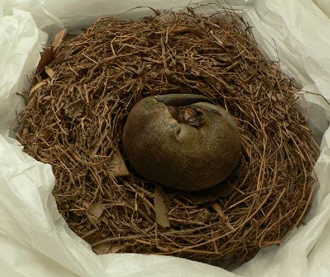 Museum model of a nesting female platypus, curled around her eggs to incubate them.

The platypus and the echidnas are the only living mammals that lays eggs.