Senses of the bill 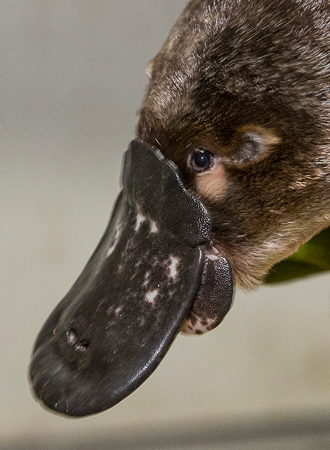 Platypuses rely on their electrosensitive bills to hunt.

While diving, a groove on each side of their head containing their eyes and ears closes shut. This protects these sensitive organs while diving but also renders the platypus blind and mostly deaf while underwater. 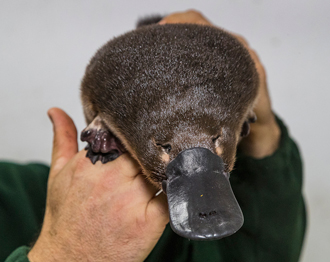 The platypus has a unique, flexible bill for catching and grinding up prey. Incredibly thick fur allows the platypus to swim for hours in cold water—as cold as 0°C (32°F) in Tasmania.