Other vernacular names referring to elephants (Shoshani and Shoshani 2000)

Articles cited in this section provide additional background on the taxonomy debate.

Elephants in the fossil record 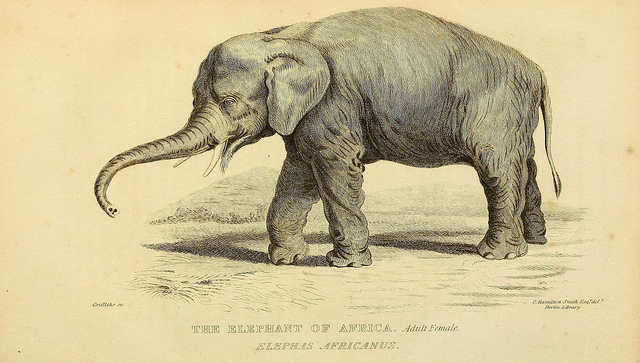 African elephant; plate in B. Cuvier's 1827 The Animal Kingdom: Arranged in Conformity with its Organizations.