Aggression (from Sterling and Richard 1995) 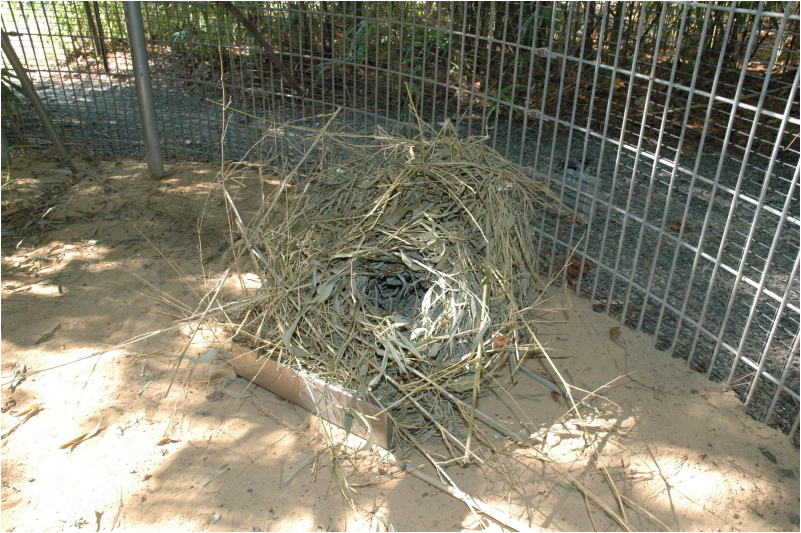 Nest constructed by an aye-aye in managed care at the Duke Lemur center. Aye-aye sleep in tree top nests at night; often moving from one location to another. Researchers searching for aye-ayes often do so by finding their nests and waiting for the animal to emerge.